It will be recalled that, the CEO of Zylofon media Nana Appiah Mensa also known by many as NAM1 is not in talking terms with the famous Rich dude, Ibra One.

This beef between these two parties has developed some hatred among members of NAM1 and IBRA One and Charles Nii Armah Mensah known in the Showbiz industry as Shatta Wale is no exception.

It all started when IBRA ONE’s nude photo surfaced online by an unknown blackmailer after IBRA One refused to pay an said amount which compelled the blackmailer to release the photos.

This development made Shatta Wale took to his Snapchat page to start the mockery over the leaked nude and IBRA One retaliated with major keys we didn’t know.

IBRA on the pimped G-Wagon Saga

Shatta Wale exposes IBRA ONE and hinted on how IBRA’s wife gave him a “Blow Job”.

IBRA ONE exposes Shatta Wale on how Shatta Wale’s friends are begging him(IBRA One) to stop revealing secrets and also how He(IBRA ONE’s) brother took Shatta Wale’s mother’s to court because she could’nt pay house rent.

You recalled Michy’s name was mentioned in the beef right? Yes ..!!! She couldn’t keep mute over the whole developement. She also fired shots at both of them (Shatta Wale and IBRA ONE).

This is really interesting at the same time scary. mygoodness promise to keep you posted as the story unfolds. 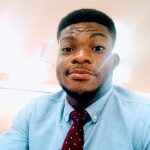